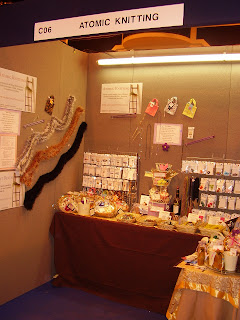 Well here it is....the first pictures of the stand for Atomic Knitting featuring Starlight Beads at the Creative Stitches and Hobbycrafts Show in October 2008 at Cardiff International Arena. 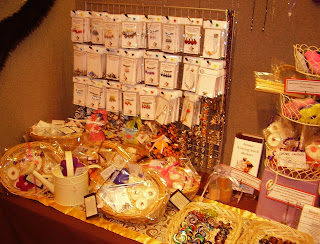 I met some great customers, some from Ravelry - hey guys :), those that have purchased from the website, and new customers who hadn't had the opportunity to find us on the web.


Other exhibitors and designers that had stalls at the show included our fabulous show neighbours, Inkwell Stamps, which include welsh stamps for card making :), Phase Patch Crafts, Rohana Stoddart and a demonstration of PMC, Ray Skene with a demonstration of glass bead making, Janna Hodgson with unusual enamel jewellery, Rachel Johns totally fab Extreme Knitting and designer and editor of Beads & Beyond magazine Joan Gordon. 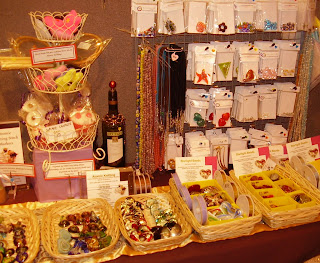 Posted by Atomic Knitting at 6:05 PM

Lovely booth. I wish I could have been there. Those events are always so much fun, meeting other crafters and knitters. Keep up the good work and I hope you have much success!